On the Radar: Soft Power by Stewart Cole 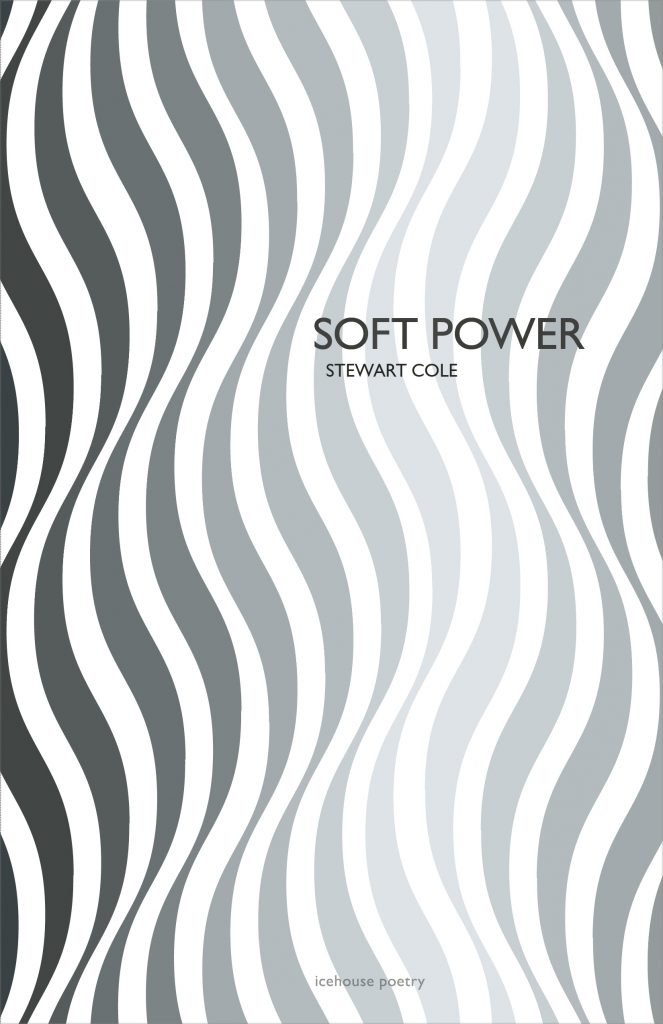 Stewart Cole’s Soft Power questions power in all its forms, reflecting on current attitudes and feelings of helplessness to a future hope for something better. The collection asks its readers to pay attention to their political (or “apolitical”) lives.

Stewart Cole is the author of Questions in Bed, which Salty Ink named as one of the Dozen Best Books of Canadian Poetry from 2012, as well as the chapbooks Sirens and Alien Freight. He grew up in the Rideau Valley, south of Ottawa, and spent time living and writing in Victoria, Montreal, Fredericton, London, and Toronto before moving to the US Midwest. Cole is now an Associate Professor at the University of Wisconsin Oshkosh, teaching English and creative writing. He may be found at https://stewart-cole.com/. Soft Power is his second full-length collection of poetry.

See what Cole has to say about Soft Power below:

What inspired this collection?

The shortest and probably truest answer is “life,” but that’s obnoxious. There were certainly specific forces that generated the book. I moved to the U.S. the year after my first collection was published, and so the sense of being at sea community-wise — in terms of a poetry community but also nationally and even ecologically — registers pretty heavily, I think. The speaker of one poem coins the term “Canadalienation,” but I hope the book as a whole conveys an awareness that any personal torments that emanate from a being called “Stewart Cole” are pretty insubstantial given our planetary justice deficit. I’ve also had the privilege of travelling quite a bit in recent years, and so a sense of seeing things from the displaced vantage of a visitor is something I was working a lot with. That travel has also led to some powerful encounters with art (particularly paintings), which got me thinking about whether and how poetry can communicate with a painting-like immediacy, vividness, texture, etc. — even a similar sense of planar surface. So, the poems certainly grapple with paintings, both explicitly (in a few ekphrastic pieces) and implicitly (in wondering through their form what a more painterly poetics might look like).

What is the significance of this book and the federal election?

I’m not sure the book signifies in relation to the federal election. It certainly has some political dimensions, sometimes overtly so, but I’d be uncomfortable describing the contours of its politics. I’d prefer to have someone who has read the book describe them to me. That would be illuminating. It’s funny, because I think I know quite clearly what my own politics are, but the book’s are another matter. I’m not sure which way it would vote. I suspect that its priorities are not represented by any of the major parties.

Why did you choose the two specific quotes at the beginning of the book?

I don’t want to get into explaining too much what I think the epigraphs mean in relation to the poems that follow them because I see those quotations [from Theodor Adorno and Bridget Riley] as part of Soft Power itself. I want to leave it to readers to encounter them as they would the poems themselves. I will say this, though: I feel strongly that those are the epigraphs the book needs. At this point I can’t imagine other words in their place.

To be more specific, though (and to baldly contradict what I just said), the Riley epigraph — “I often find a clue to the next step in identifying what I have come to rely upon most and challenging precisely that” — perfectly encapsulates what I was feeling in trying to move beyond my first book [Questions in Bed]. I thought I had come to rely too much in my poems upon tightly articulated sentences, and so one of the things I did was to abandon punctuation, making the line the base unit of meaning rather than the sentence, in the hope of introducing some inarticulateness into the poems. I spend a lot of my time in a kind of preverbal haze, so I wanted to capture a bit of that.

You refer multiple times to a lost hope or “fulfillment of the hope” (“The Odds” 17). Is there a specific hope you’re referring to or is it more general?

These are great questions. Are you inside my head? I see poetry as an aspirational medium: desiring, wishing, hoping, etc. are some of the things it does most compellingly. Poems come into being, I think, out of a sense of the world’s incompletion — like, no one makes art out of a sense of total contentment with the status quo. So, your question touches on something very fundamental to how I conceive of poetry and why I write it. Actually, my PhD dissertation was about poetry as a utopian art form. (I must admit I’m reluctant given the anti-academic strain in Canadian letters to mention that, but I’m actually proud of being a scholar and professor as well as a poet, as I think those occupations are just as integral to the pursuit of beauty and justice — and figuring out what those things actually are and where to find them — as writing poetry is. Besides, being a professor at a state school in the Midwest is not the elite, hyperprivileged position that it can be at Canadian public universities. I love my job, but I make about half as much as the professors who taught me, I’m very active in a grassroots labour union in a state that has abolished collective bargaining rights, and the value of what I do as a teacher and writer in the humanities is continually called into question by a political climate that frames education more or less strictly as a means of getting a job. Not that employment isn’t important — I feel very lucky to be able to wake up and go to work every day — but I don’t think climate justice, for instance, is achievable by people with such an instrumentalist view of things. Which brings us back to the fact that we need more of the kind of aspiring that poems do.)

Does inevitable death bring a sort of urgency to your life (“On Partiality”)?

Why yes, it does.

What effect does the internet have on people for action?

I am profoundly unqualified to answer this question, both because there are so many brilliant thinkers on this subject and because I’ve never been on Facebook, which is one of the platforms that people who study such questions focus most on. Personally, I learn a lot from the internet, and some of that learning has spurred me to action (in going to protests, for instance, or getting involved in a union). I am also often distracted, disheartened, and just generally “dis-” by what I encounter online — especially in soundbite forums like comment threads and Twitter — and sometimes this leads to periods of demoralized inaction. 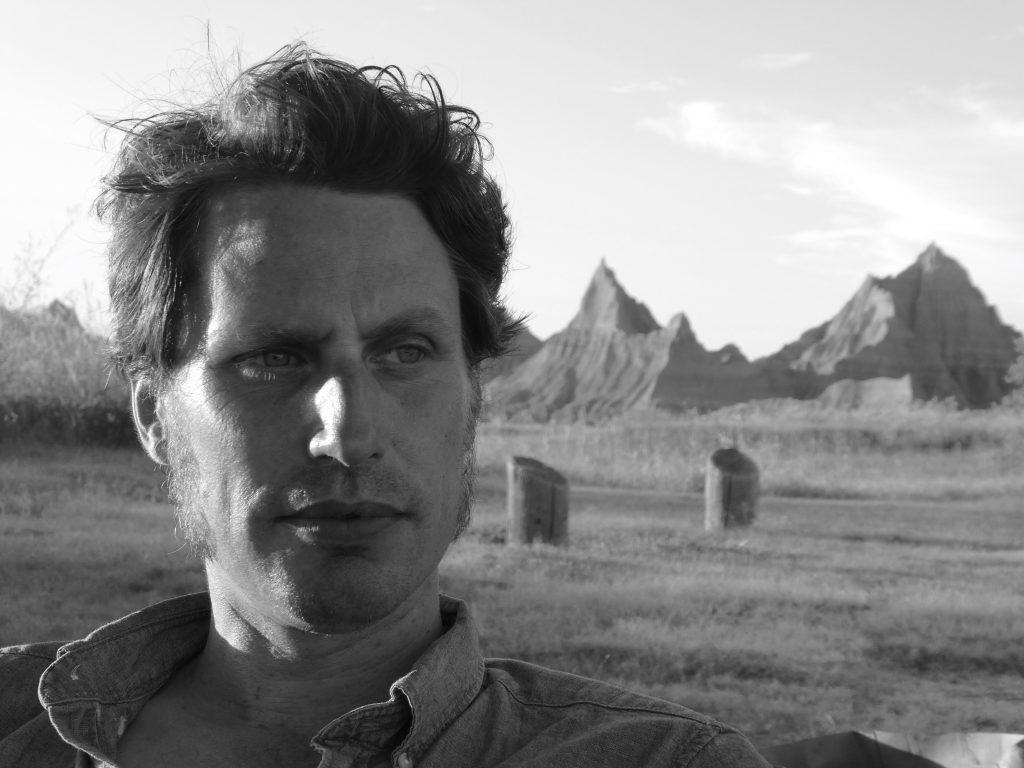 Is Soft Power a call to arms for people to be more active in their political lives?

Explicitly? No. In my heart of hearts, do I want people to feel called by the book? Admittedly, yes. To arms? Not exactly. As opposed to their apolitical lives?

How do you like your eggs? Why do eggs feature so prominently in your poetry?

Not to sound uptight, but having been a vegan for seven years or so now, I’ve come to find eggs kind of gross. I think the turning point was encountering Carol J. Adams’s description of eggs and milk (in her classic book The Sexual Politics of Meat) as “feminized protein” — by which she means that eggs and milk represent the commodification of female reproductive capacities, a kind of grotesque culinary extension of the way women’s bodies have always been commodified under patriarchy. So scrambled eggs just look to me now like stolen embryo goo.

You’re right, though, that there are a lot of eggs in my work — which I didn’t really notice till you pointed it out. My first book, Questions in Bed, even has a poem called “Ovum.” I think it goes back to the stuff about poetry and aspiration I was saying earlier. Eggs are little repositories of possibility.