The winning entries, along with Lorri Neilsen Glenn’s judge’s essay, will appear in EVENT 48/1 (Summer 2019).

Thanks to those writers who sent manuscripts to us and to our contest readers and judge! Visit our Contest page for details on the next contest. 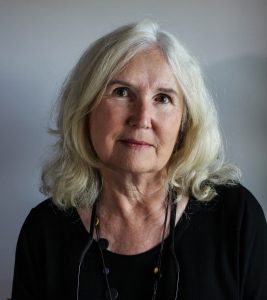 Lorri Neilsen Glenn’s most recent book is Following the River: Traces of Red River Women (Wolsak and Wynn), a mixed-genre exploration of the lives of her Ininiwak and Métis grandmothers and their contemporaries. Author and editor of several collections of poetry and nonfiction, Lorri has worked with writers across Canada and in Ireland, New Zealand, Australia, Greece and Chile. Her award-winning essays have appeared in The Malahat Review, Prairie Fire and EVENT, among other journals and anthologies. Former Halifax Poet Laureate, Lorri is a mentor in the University of King’s College MFA program in creative nonfiction. @neilsenglenn