The Call of The Void: Hannah Macready Interviews Daniel Cowper 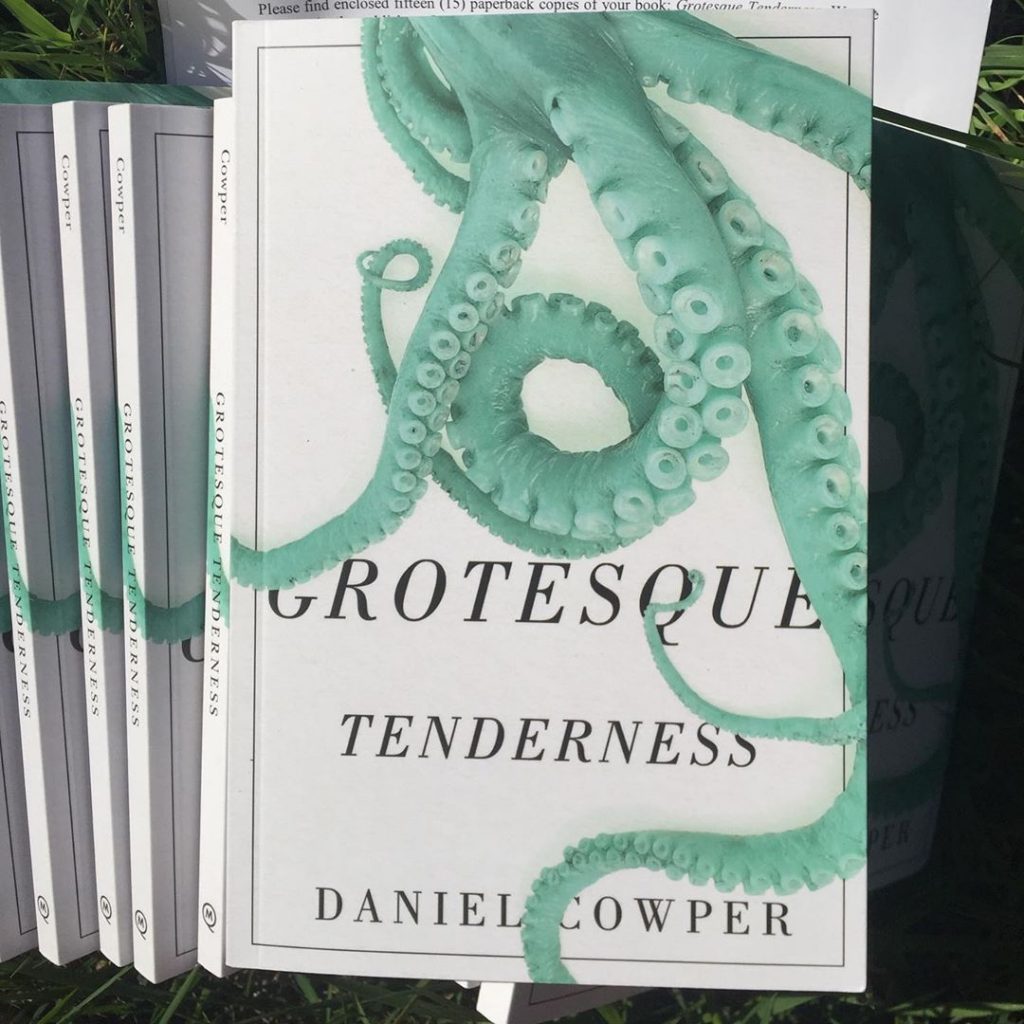 Daniel Cowper is a writer from Bowen Island, BC. His poetry and criticism have appeared in various literary publications in Canada, the US, and Ireland including Arc Poetry, Vallum, Barren, Prairie Fire, the Literary Review of Canada, and Southword Journal. His first chapbook, The God of Doors, was published in 2017 by Frog Hollow Press as winner of its chapbook contest, and he was long-listed for the 2017 CBC Poetry Prize. Grotesque Tenderness, his first full-length poetry collection, was published in summer 2019 by McGill-Queen’s University Press as part of its Hugh McLennan Poetry Series. He and his wife, Emily Osborne, serve as the poetry editors of Pulp Literature.

Hannah Macready: Hi, Daniel, thanks so much for answering some questions about your debut poetry collection, Grotesque Tenderness. What an enticing first offering! Can you explain a little about this paradoxical title?

Daniel Cowper: I meant to use the phrase “Grotesque Tenderness” to refer to an outsider’s love for the world he or she is estranged from. It’s my term for an aesthetic tradition that goes back at least to Frankenstein. Other familiar examples of the outsider’s “grotesque tenderness” can be seen in Quasimodo’s longing for Esmerelda, or Baudelaire’s Les Fleurs du mal. Even the Beauty and the Beast legend is partly about the Beast’s longing for Beauty, who represents the world from which he is shut out by reason of his grotesque nature.

I’d also argue that there is a grotesque quality to the combination of love, distance, understanding, and focus on perfecting the work that makes up the posture of artists towards the subjects of their artwork.

Each of the five parts of this book expresses an example of an outsider’s “grotesque tenderness.” In the first part of the book, The Life and Crimes of Sextus Tarquinius, the longings of the abused and abusing man have an obviously grotesque quality, but other parts of the book also explore that theme through an exile’s ambivalent relationship towards the place he’s in and the place he’s from; a society’s determination to forget its own history; unrequited love; and grief for those that have died.

HM: It was certainly a deep read. A quote from your publisher reads, “In these poems, city-dwellers long to ally themselves with some sympathetic culture or the evolutionary logic of nature, but those alliances remain conditional, ambiguous, or dangerous.” I really felt a form of Sartre’s Nausea when reading your poems, as if everything that was meant to be solid was unwinding itself as I read. Nature seems to slip in-and-out of state; there are “necklaces of crows” and “corned-beef lipstick.” Tell us more about this twisting and turning of nature.

DC: That’s a complex question, which engages both the philosophical backdrop and stylistic tissue of the book.

As I understand it, Sartre’s Nausea is a radical affirmation of the reality and power of the individual mind. At a philosophical level, I intend my poetry also to affirm the reality and primacy of the human self, so I pay a lot of attention to the nature of conscious experience. That being said, consciousness is a slippery subject.

At a stylistic level, my own theory of poetics includes an ideal of multiple layers of harmonized meanings. Take the example you give of the women wronged by Sextus Tarquinius licking off their “corned-beef lipstick.” I accept any particular reader may not make the connections I intend, and may make other connections I don’t intend, but I try to compose with an eye toward the horizon of possible meanings. At different levels:

a. I wanted a visceral phrase that would at some level alarm the reader. I think “corned-beef lipstick” does that with its activation of the senses of touch, smell, taste, and sight.

b. I wanted to describe a lipstick with the colour, glossiness, and iridescence of the surface of corned beef, which feels era-appropriate, the poem being set in 1975.

c. I wanted the sentence “New arrivals [of abused women] lick away corned-beef lipstick and sound their horns” to describe the gathering of riders and hounds (suggested by the licking of meat) into a hunting party, reminiscent of the hunting of Actaeon by Diana and her nymphs.

d. The narrative that surrounds this line is the collapse of Tarquinius into a lifestyle centred on sexual exploitation. This collapse is described in the context of a 1975 production of Macbeth. I wanted the removal of feminine lipstick to recall Lady MacBeth’s “unsex me” speech, in which she asks for the removal of her femininity so that no remorseful “visitings of nature / Shake my fell purpose,” suggesting a hardening of heart in both Tarquinius and the enemies he creates by his misconduct.

e. I wanted the removal of the lipstick to reveal a taste for meat in the women, suggesting the women’s transformation from victims to hunters was latent in what attracted Tarquinius to exploiting them. This hints at an element of self-destruction in the abuser.

There’s no clear end to meaning, particularly if you’re willing to accept unconscious or semi-conscious associations, which I am. if we have evoked Actaeon, we are in the world of Ovid’s Metamorphoses, which is dominated by the theme of transformation being triggered by sexual violence.

HM: You definitely succeeded in creating a tantalizing reading experience! There is also a great thread of history within your book. In Part I, The Life and Crimes of Sextus Tarquinius, Sextus attempts to survive and understand WWII, the persecution of his family, and his own failing mental state. All of this intertwines with pop-culture references (Mulholland Drive, Roman Polanski, etc). What made you choose this subject matter? 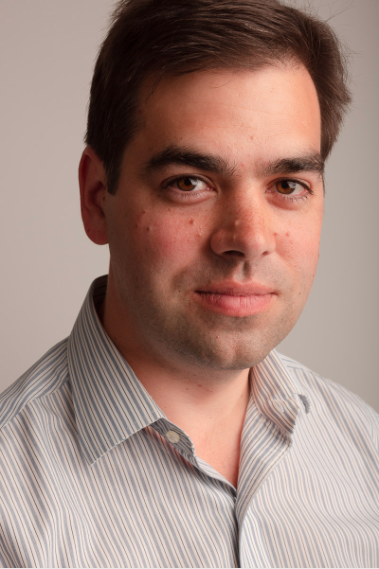 DC: For those who don’t know, Sextus Tarquinius is a quasi-historical, quasi-mythical character who was the sixth son of the last King of Rome. In the mythos of Rome his rape of Lucretia so outraged the citizens that they overthrew the monarchy and established the Roman Republic. Sextus and his family fled into exile. It is a myth for our times — a myth in which outrage against sexual exploitation by a man in power stimulates social reform.

I wanted to write a version of the myth that gave texture and humanity to its villain, Sextus himself, and, in doing so, I wanted to illustrate my belief that we all have within us the potential for both monstrosity and decency — a rebuttal to the “not all men” sentiment one heard repeated a few years ago.

But it is a hard story: at its heart is a terrible crime. I did not want to invent the particulars of the myth as I told it, and instead, I fleshed out the myth with particulars drawn from the life of Roman Polanski (or rather, the stories that people tell about Polanski), who was a sort of king in Hollywood in 1978, who drugged and raped a teenage model, and then fled to France rather than attend a sentencing hearing. Since then, he has lived in France, where he is exempt from extradition, but his story has been told, retold, and distorted until it is has entered our popular mythology.

Polanksi’s life story is not only a modern re-enactment of the Tarquinius myth, but a re-enactment that I think is more complex and interesting than the original. Early chapters include his own traumatic exposure to the horrors of the Holocaust, Soviet communism, and the Manson Family. Later chapters offer some prospect of recovery: becoming, late in life, a husband and father, and paying compensation to and seeking the forgiveness of the woman who he raped when she was a girl.  Those elements of the story, in my view, humanize and enrich the core story of privilege, sexual exploitation, and exile.

HM:  In Part V, your poem sequence, “The Salt Worlds,” we learn about the Mindless Thing. This thing, lurking Cthulu-like on the bottom of the ocean, seems connected in the poem to many anxieties.  I personally felt it as the vexation of attempting to live an ethical life in an increasingly complicated world. What is the Mindless Thing to you? And do you think that writing this book has helped you to grapple with it?

DC: You know how you might be climbing a mountain, and when you’re looking down a precipice, a little voice urges you to jump? Or you’re driving, and a little voice tells you to swerve into a telephone pole? Or you’re cooking and the voice suggests that there’d be something splendid about stabbing your leg with the kitchen knife? The French have a word for that impulse: “l’appel du vide,” or, “the call of the void.” I imagine Mindless Thing as that void.

But when grieving, particularly when our grief is mixed with guilt, the “call of the void” is heard particularly clearly and frequently. I wanted a figure to represent that nihilistic principle, and I called it Mindless Thing. I depicted it as a spirit living in a house on the sea floor, hoarding mementoes of death, gloating over acts of destruction.

In my poem, Mindless Thing is a syncretic figure, combining the Roman god of death, who was named Pater Dives, or Father of Riches, with the Haida “Spirit of Riches”, who tried to prevent the creation of life by hoarding the makings of the earth in his undersea mansion, until they were stolen by Raven.

Being mindful of the void does make it less persuasive, and I think writing this book helped inure me somewhat to its appeals.

HM: I love the idea of the call of the void, and am all too familiar with the feeling. Thank you again for speaking with me and for giving such detailed answers. My final question is a bit more personal. You are a lawyer and a writer, two professions that seem very different at first glance. Your book is so intricately written, with so much history, citation, and metaphor. Can you talk a little about how you juggle two such mind-bending careers, if indeed they feel that way to you, and how they compliment each other?

DC: Most poets need a day job to support themselves, and I picked a stimulating and demanding one.  Law is a craft, like wood-carving, so there is a lot of pleasure in the work, but it can feel like an unforgiving series of time crunches. That’s especially true when you have a writing project that also needs your attention. I have had to be disciplined about my writing schedule, writing before work and writing during a lunch break whenever possible.

Jumping back and forth between writing and law isn’t as challenging as some people make it out to be. The practice of law teaches you the rhetorical force and importance of clarity, and that’s helpful to any writer. Law is also more analytic than it is emotional (at least my area, commercial litigation, is so), and I find it less emotionally exhausting than work that involves more emotional engagement like teaching.

Thank you very much for asking such complex questions! I enjoyed trying to explain some of my thoughts underlying this book.