EVENT Magazine is thrilled to host the following four unique and talented indigenous writers. Join us on Thursday October 27, 2016 from 7-9pm at Douglas College, in an evening that will celebrate stories and the multitude of ways in which they can be told. 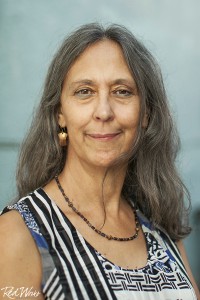 To call Joanne Arnott accomplished and prolific would be an understatement. Her first book, Wiles of Girlhood, won the Gerald Lampert Award and since then she has published eight further books in three genres, most recently: Halfling spring: an internet romance (Kegedonce, 2014, shortlisted for the Pat Lowther Award), A Night for the Lady (Ronsdale, 2013), Mother Time (Ronsdale, 2007), and (as editor) Salish Seas: an anthology of text + image (AWCWC, 2011).

Her essays and poetry appear in twenty-five plus anthologies, and diverse journals. She has been called to judge poetry and nonfiction on behalf of the BC Book Prizes, the Governor General’s Awards and for various other arts organizations. Joanne is a Métis/mixed-blood writer and arts activist, originally from Manitoba, she feels at home on the west coast. A frequent performer, she volunteers with the Aboriginal Writers Collective West Coast, and (in past) with The Writers Union of Canada and The Writers’ Trust of Canada. Joanne also brings her sharp insights and diverse writing experiences into her role as EVENT’s Poetry Editor. 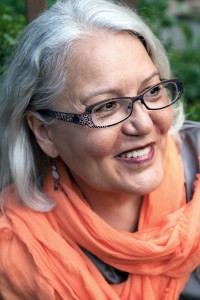 A prairie born Métis/Icelandic poet, Jónína Kirton’s first collection of poetry, page as bone ~ ink as blood, released by Talonbooks in 2015, has been described by Joanne Arnott as “restorative, intimate poetry, drawing down ancestral ideas into the current moment’s breath.”

Jónína is on fire; everywhere we look we seem to see something exciting from this brave and engaging poet. Just a couple of weeks ago she was on stage accepting the 2016 Mayor’s Arts Award for Emerging Artist in the Literary Arts category, selected bynone other than Betsy Warland.

Her work has also been featured in a number of anthologies and literary journals including, Ricepaper’s Asian/Aboriginal Issue, V6A: Writing from Vancouver’s Downtown Eastside, Other Tongues: Mixed Race Women Speak Out, Pagan Edge, First Nations Drum, Toronto Quarterly and Quills Canadian Poetry Magazine. Jonina is also involved with Writer’s Studio; having graduated in 2007 she now serves on their Advisory Board and is a liaison for their Indigenous Advisory Board. She also sits on the Room Magazine Editorial Board. Look out for her next collection of poetry, slated for release in Spring 2017 with Talonbooks. 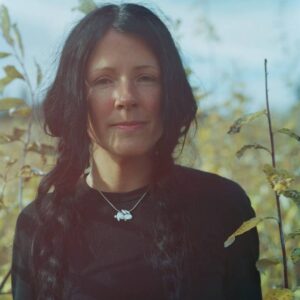 Carleigh Baker is a Cree-Métis/Icelandic writer. Her work has appeared in subTerrain, PRISM International, Best Canadian Essays, and the Journey Prize anthology. In 2012 she won the Lush Triumphant award for short fiction. Recently, her story “Chins and Elbows” was selected to appear in the Journey Prize Stories 28. Her first book, a collection of short stories titled Bad Endings, is forthcoming with Anvil Press in Spring 2017. She is the current editor of Joyland Vancouver.

We remember a time not so long ago when Carleigh was our favourite intern at EVENT. 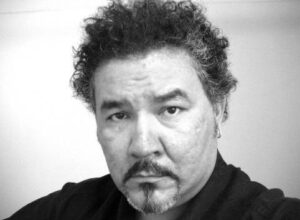 Larry Nicholson is many things, describing himself as “Cree, a Road Man, a brown town crier, a wordsmith and a Virgo.” He is undoubtedly in possession of many talents: his written work has been produced for television and stage productions, and has been widely published in a variety of anthologies and magazines, such as Wreck Magazine, One Cool Word, Gatherings: The En’owkin Journal of First North American Peoples, The Ubyssey, and Salish Seas: an anthology of text + image. He has also appeared in independent films and stage productions.

Larry may have graduated from UBC’s Creative Writing Program and is a member of the Aboriginal Writers Collective West Coast, but he believes “telling writers what they must write about is fascist.” He tells us that with his guitar in hand he composes ditties containing 3 chords and the truth, and with his imagination and breath he strives to create new poetic expressions within the great Indigenous song tradition of Turtle Island. Poetry, as he knows it, is “the heart songs one hears on the long road we all walk.”

Curious to hear their work? Visit the Facebook page for the event here.

Just hanging out with some of our very best pals,

EVENT seeks a Managing Editor to manage the day-to

Thank you to Vicki McLeod and J.G. Chayko for shar

Our Non-Fiction Contest is back! Submit your best

EVENT is proud to support Canadian authors across

On the cover: “Nordkjosbotn” by Ben von Jagow