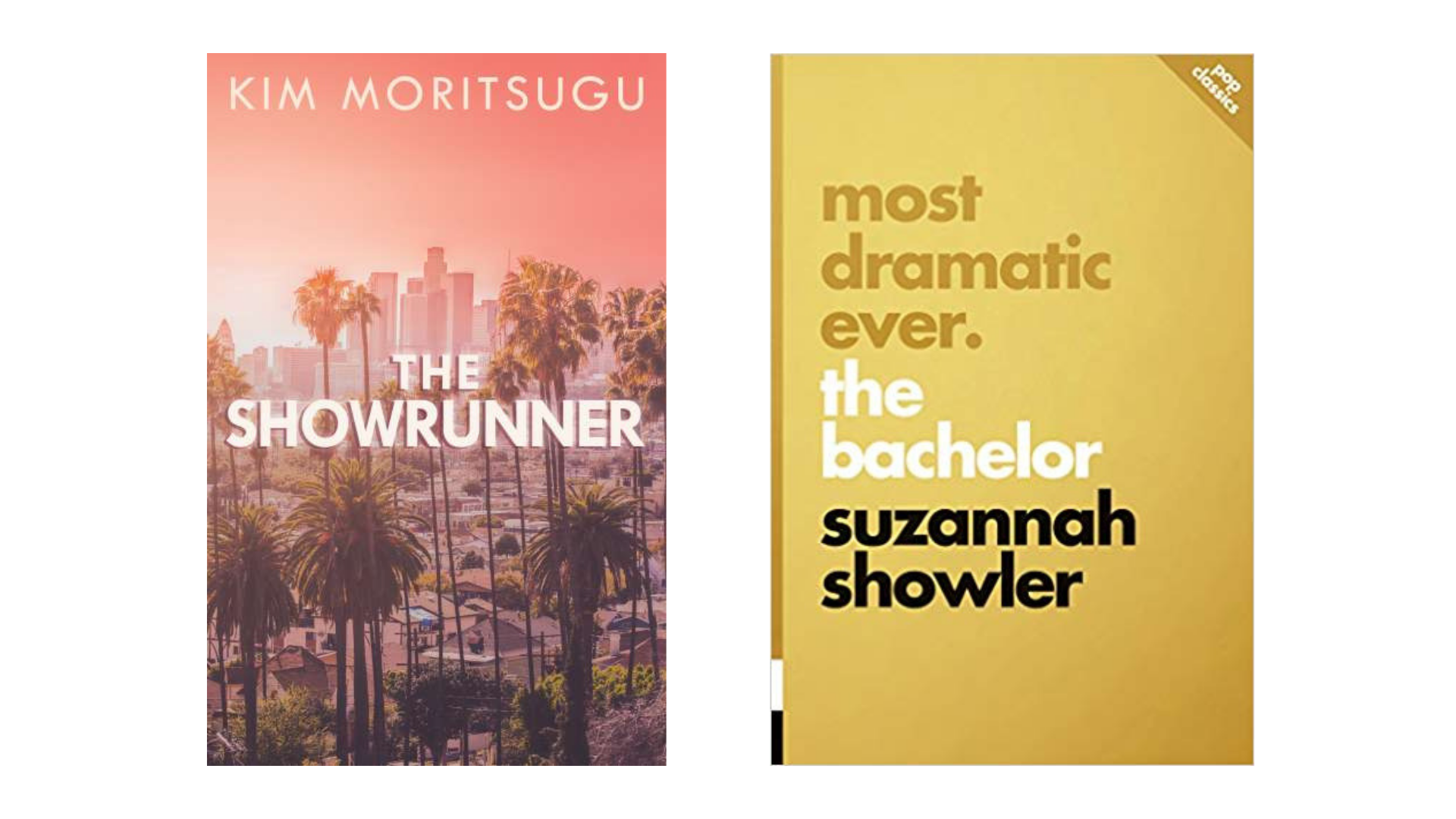 Suzannah Showler, most dramatic ever. the bachelor, ECW Press, 2018

The gossamer veil that used to shield whatever is covert-by-definition from the gaze of the camera has been stripped away by the conventions of reality TV. In elevating voyeurism to the status of mass entertainment, shows like Survivor, Big Brother and The Bachelor have erased the boundary between what only The Shadow knows and what the bloggers will be rehashing tomorrow. It isn’t just the evil that lurks in the hearts of men (and women) that these shows lay bare, but the insecurities, vanities, follies, misfortunes, misunderstandings, humiliations, rivalries, conquests, pranks and pratfalls of the people involved. Audiences are abundant. According to Variety, in March 2018 the finale of the twenty-second season of The Bachelor attracted 7.8 million viewers.

Suzannah Showler’s most dramatic ever is a sustained analysis of The Bachelor. More precisely, it studies what must be called The Bachelor franchise, for the original show has begotten numerous others, including The Bachelorette, Bachelor Pad, and Bachelor in Paradise. All versions involve a competition in which a couple of dozen participants strive to demonstrate their desirability as marital partners. By process of elimination, the field is narrowed over the course of the season until, after an agony of suspense, the last man or woman standing is revealed to be The One whom destiny has had in mind all along for the happy Bachelor or Bachelorette at the centre of it all. On the one hand, this format provides at least a simulacrum of love in real life, where the early stages of courtship are often a performance and where rivals are not uncommon. On the other hand, the set-up is deeply paradoxical in that the qualities most foundational to a successful marriage—honesty, authenticity, spontaneity—are the least likely to play well in front of the cameras. As Showler convincingly demonstrates, The Bachelor and its clones give preferential odds to fake sincerity (or authentic artificiality) over plain old disarming candour.

Showler is incisive and witty about the show’s peculiar idiom—which relies on an alternation between intimate one-on-one disclosures and very public group dates where competitors engage in hair-raising activities like cliff-diving and hang-gliding. The point is to speedily break down the barriers between members of a potential couple so that their compatibility is unmistakable. As Showler remarks, ‘This is romance as neurology, love as a chemical equation: adrenaline plus dopamine over limited time. With no room in the production schedule to guarantee couples will fall in love, they are flung, dangled, and tossed there.’ If the audience should sense the chime of wedding bells in advance of the couple themselves, all the better. Irony and dramatic irony are a potent mix. And the show is appealing despite (or perhaps because of) its predictable formulas: ‘Viewers remain safely on the inside of the joke, aware of the preposterousness of the situation while also allowing ourselves to be carried away by its results.’ Media-induced scepticism is evidently no match for the conviction that love conquers all.

Showler is especially astute on the cultural moment of which the show is a distillation. Her chapter on the subject of race is a masterpiece of social critique and close-reading. Few contestants and only one lead character have been other than Caucasian. When these token participants have drawn attention to their minority status, the ‘race issue’ has been presented as their issue; and the white majority (viewers included) have been cajoled into regarding racism as a feeling, not a behaviour. ‘In a way,’ Showler reasons, ‘white America’s most banal racism is a kind of Romance—an attachment to the belief that tolerance is a matter of the heart.’ A show that is mostly about feelings is bound to portray thinking deeply about ideas as suspiciously insincere.

Perhaps the best chapter of most dramatic ever is its final one, where Showler (in the fashion of reality TV itself) steps out from behind her authorial persona and describes how the book was written. In the kind of ironic juxtaposition one simply can’t make up, her work coincided with Donald Trump’s campaign for the American presidency—a hall of mirrors in its own right, of course, and a spectacle enhanced by his former role as the anchor of a reality TV show. Even as she labours to find words for the weird blend of naturalism and fantasy that is her subject, the coverage of the 2016 election compels Showler on a daily basis ‘to recalibrate not only a sense of moral clarity, but a more basic, factual understanding of what is real.’ The mental and emotional ordeal she describes must have been like watching Rosemary’s Baby while pregnant. The result is worth the pain and suffering: a book that is highly intelligent and highly readable.

The intrigue and mayhem that originate on the other side of the camera are the principal subject of The Showrunner, a novel by writer and broadcaster Kim Moritsugu—who must certainly have experienced the politics of the entertainment business up close and in person. The Showrunner portrays a power struggle between Ann and Stacey, co-founders of the production outfit Two Women Walking. This is a fascinating case study in well-accessorized paranoia, complete with a sidelong reference to the Anna Wintour character in The Devil Wears Prada.  Moritsugu’s Ann is likewise a doyenne of her industry, hell-bent on defying the law of the jungle. Her goal is permanently to extinguish the ambitions of her junior partner, with a dollop of professional humiliation thrown in for good measure. Ann has made a career of being outrageous; yet even as the reader cringes at her obvious machinations, it is hard to suppress a sneaking admiration for her chutzpah. The plot culminates in Ann’s painful discovery that she who lives by the sword must die by it. Though this well-drawn antagonist is far too scary to be an object of pity, Moritsugu at least prompts the recognition that, as the decades pile up, there is no easy way for a woman to burnish her legend. The younger, more agile (but also less genuine) Stacey wins out in the end, but not without some of Ann’s ruthlessness rubbing off on her. Her career will flourish in inverse proportion to her professional ethics.

The series at the centre of this Machiavellian clash is dubbed The Benjamins, a multi-season family melodrama whose value as a commodity is its only significant feature. Efforts to make the show more entertaining involve concealing all that is most real about it—substituting telegenic vices, that is, for actual untidy mishaps. Moritsugu thus raises the same question as Showler about the tension between authenticity and artifice; here again, the line is blurred in perplexing ways. When what appears on this show (or any show) is determined by realpolitik and not artistic design, and when the melodrama behind the melodrama invades the ‘real’ show, the installments seen on TV dissolve into smoke and mirrors—mere copies of copies, as Plato might say.

Self-scrutiny seems baked into the zeitgeist of this form of contemporary entertainment. Showler reports that at a critical juncture on the 2014 season of The Bachelorette, the show’s production team turned the electronic viewfinder on themselves. The lead, bizarrely accused of ‘acting’ by one of her swains, is filmed in a late-season meltdown, embraced by the producers, railing at the stress and toil that go along with being ‘natural’ week in and week out. As she weeps on camera, writes Showler, ‘it’s not that production has broken through and left its trace on the show’s narrative: the interaction between production and real life has become the show.’  As both Moritsugu and Showler are aware, a finer analogy could hardly have been devised for the contemporary political arena—where the overt and the covert, facts and alternate facts, the news and the ‘fake news’ keep on trading places, locked in an apparently scripted (not quite believable, but still riveting) fight to the death.

Hilary Turner teaches English at the University of the Fraser Valley. She is a frequent reviewer for EVENT, Canadian Literature and The Pacific Rim Review of Books.