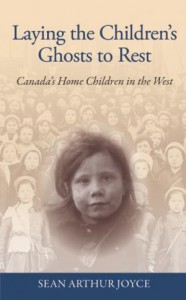 Well into midlife, while researching his family history, Sean Arthur Joyce learned that his paternal grandfather had been a ‘home child,’ one of those 100,000 or so desperately poor children from the UK who were shipped to Canada during the last half of the 19th century and the first half of the 20th to provide cheap labour and reduce the destitution in their home countries. And thus a book was born, or, at any rate, conceived.

The story of the home children is heart-rending. Typically, parents would sign over one or more children to charitable agencies, in some cases expecting to retrieve them when and if their financial circumstances improved. They were usually disappointed. Further contact with their children was limited, and in most cases the parents were informed of their children’s emigration only after they had already sailed; to make matters worse, siblings were generally separated after emigration. One of the leading proponents of the practice, Dr. Thomas Barnardo, came to use the term ‘philanthropic abductions.’ Once in Canada, some children were treated well; most were exploited; some were neglected and abused, even to the point of death. (There are records of two successful prosecutions, resulting in imprisonment.) All in all, it’s a dark stain on Canada’s historical record. Why, then, isn’t it better known?

As it turns out, a number of books have been written on the subject, and in his research Joyce makes good use of them along with archival records. For my money, the most readable is Kenneth Bagnell’s The Little Immigrants (first published in 1980 and still in print), which captures the essence of the injuries done to these children in a passage Joyce quotes:

…the act of uprooting children and sending them, alone, across the ocean to work in a strange land…must be regarded as one of the most Draconian measures in the entire history of children in English-speaking society. Its impact on the life of a sensitive child—even one who was placed in reasonable circumstances—is difficult to measure, sometimes even difficult to imagine.

Then why add another book to this well-covered ground? Joyce answers the question at the end of his first chapter: ‘It seems to have fallen to me to heal the wound I inherited, the same as if it had happened to me…. The children’s ghosts are waiting. Let the healing begin.’

The method Joyce uses to begin this process employs a combination of historical record, using the past tense, and personal narrative, in the historical present tense, beginning with his grandfather. Actually, it begins earlier in the Joyce family history, going back to the 1700s. Seven more narrative chapters follow, the first six dealing with specific emigrants. Some end happily, some do not. Joyce’s research is extensive, from books to historical records to interviews and correspondence with the descendants of home children. He is also clearly passionate about his subject, nowhere more so than in his last chapter, which is largely polemical: The first part is a castigation of social Darwinism and related ideas, moving on to important research about how devastating it is for a child not to be loved during the first six years of life.

Some healing is possible, though, at least for the home children’s descendants. Joyce quotes an Aboriginal belief that ‘there is great healing power in the acknowledgement of past wrongs, and that healing goes both forward and backward in time.’ The two clearest examples are the apologies offered by both the Australian and British PMs (in 2009 and 2010, respectively) and quoted at length. Both apologies are moving, and Joyce quotes first-hand accounts of their healing power. In comparison, the Canadian government’s refusal to apologize—especially since the government of the day subsidized the children’s immigration—comes off as downright churlish. Some of the healing, it seems, will have to wait.

Vangie Bergum’s Downstream: Bestemor & Me also consists of various narrative levels, though in this case they are intertwined. One level tells the story of the author/narrator’s bestemor (Norwegian for grandmother), from her romance with her future husband in Norway and their immigration to the US, to the birth of their children and a move to Saskatchewan, to…well, that’s a bit of a dark family secret, a cause for intergenerational shame. Another level tells the narrator’s story—birth, girlhood (heavily Lutheran, from which she takes decades to emerge), student days, marriage, children and grandchildren. A third narrative strand, using the present tense (the first two use the past), tells the story of the purchase of land along the Selmo River by the narrator and her husband, the site of what will become their retirement home, and also recounts her life after retirement.

Two similar but unrelated events anchor the narratives; brief newspaper accounts of each comprise the book’s twin epigraphs. The second involves the death of a man and his daughter in a fire on the site of the narrator’s retirement home. Knowing only of the fire, Bergum researches it and finds that it was ruled a murder-suicide. The first, heavily foreshadowed for much of the book, is about her grandfather’s murder of his wife and two daughters, before setting a fire that would incinerate them all. 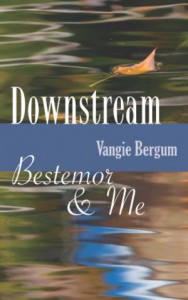 The central motif, as the title suggests, is the course of a river; chapter titles (‘Headwaters,’ ‘Rapids,’ ‘Turbulence,’ and so on) are all riverine, and naturally correspond to some extent with the narratives. While this motif suggests a generally chronological progression, there are also loops within them—or to keep with the motif, back eddies.

These eddies, and indeed much of the reticulation of narrative strands that gives this book its texture, typically occur when an event in one thread of the story resonates with an event in another. For example, after a passage dealing with the death of her mother, the narrator sees from the window of her retirement home a rabbit fleeing death from a coyote, which echoes her own potentially fatal health scare as a grad student, which in turn leads to the story of the 1989 massacre at the École Polytechnique in Montreal, which corresponds to an interwoven theme of violence against innocent victims powerless to prevent it, especially male violence against women. Interwoven themes, in fact, give the book much of its richness and cohesion; there are many more, from 19th-century Norwegian Yul celebrations resonating with 21st-century Christmas with the narrator’s husband, children and grandchildren cooking an old Norwegian recipe for potato pancakes, to marathon running. The author ran two, both when she was over 68, and has conversations with her long-dead bestemor while training and while running one in Norway, completing yet another arc.

If one theme dominates, though, it is the bonds of family, especially that of mother and grandmother love. In a book that encompasses five generations, however, the variegations of this theme stretch from cover to cover.

Only slightly less dominant is the narrator’s growing sense of her interpenetration with the natural world. Shortly after buying the retirement property, the narrator and others perform purifying and cleansing rituals (First Nations, Eastern and Christian) on the land—and they appear to work. In writing this book, Bergum has accomplished something similar: an act of laying old ghosts to rest, of redemption and, most of all, of celebration.

As a final note, kudos to Hagios for publishing these two books. Neither is likely to have huge mass-market appeal, but both deserve to see print and to be read.